I love these themes, they're not written too exactly or explained in any way so it's up to the writer to interpret them any way they see fit to. For example this time I thought long and hard about the definition of "first lolita item". What would count as one? The first item I owned that was meant for lolita? The first item that actually was acceptably lolita? The first brand piece? Well, let's see. Prepare your frilly butts though, the ita is strong in this one!


The first item I ever owned that I meant for lolita

...was of course a shoddily handmade headdress. I started dressing up in the mid-2000's, what were you expecting? I can't remember how often I wore this thing but since even once would be too many it may be for the best.

The first item that actually counts as lolita 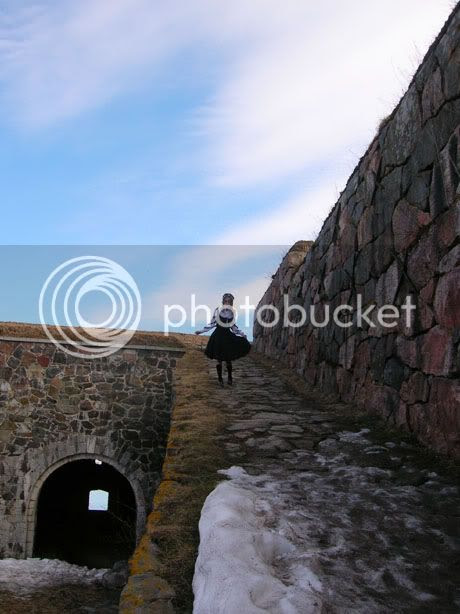 Lul, you can has a mini photoshoot. This is the first actual lolita outfit that I ever owned and true to form it was selfmade. Btw gimme some cred that stone ramp was icy and I almost broke my ankleneck 50000000 times. 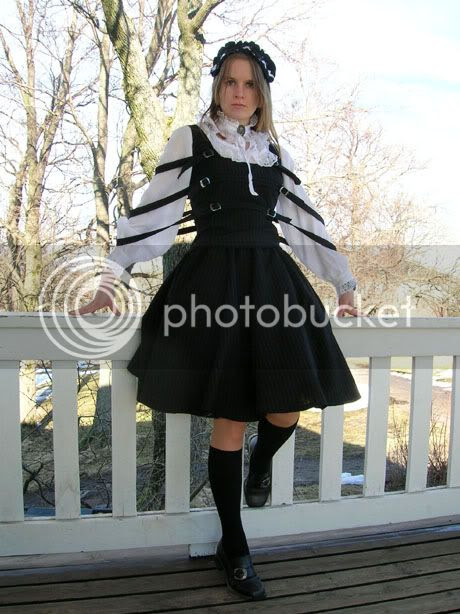 Yup, it's an obvious lolita outfit! Shame that it doesn't show but the fabric was pinstripe and it was no small pride of mine that I managed to make the stripes match all around the skirt. :D 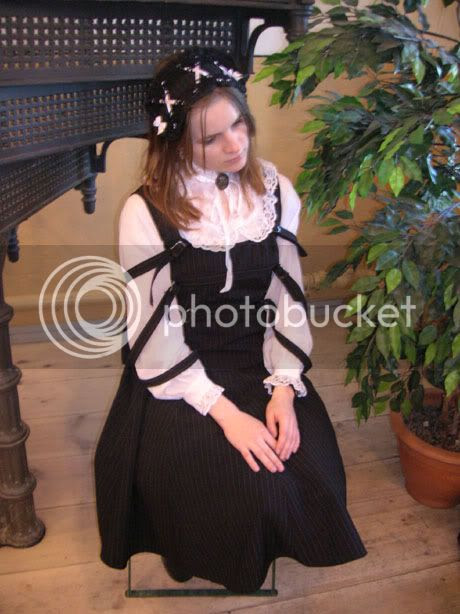 In fact it's not too bad if you ignore the lack of hairdo, weird ribbon dangly, maxipad headdress and them strap-things (personally I still kind of like the strap-things though)! 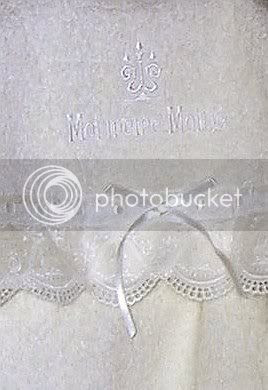 It was Moi-Meme-Moitie! It's a bath towel! I still have it! :D

Aaaanyway the story goes that a group of friends saw those towels and made a group order, to which I jumped mostly out of the hilarity of the whole thing. Lolita bath towel, well why the hell not I'm totes in on this! I still have it here, it's quite a good towel.

Nope, not the dress. Dress is still selfmade. It's the shirt, Jane Marple, and unusual in its time in that it had both a huge Peter Pan -collar and no lace or ruffle what so ever. In short it was a dream shirt for me that matched everything in my closet and never looked out of place. 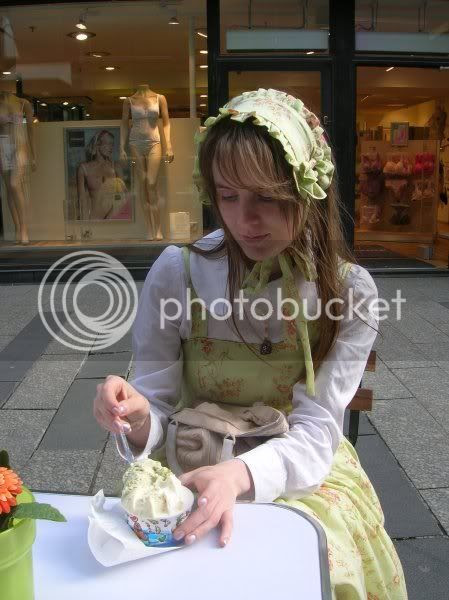 Idk if it's easier to see in this photo but maybe I'll get extra points for matching my ice creams to my outfit. Anygays I wore this shirt almost literally to shreds. I still have it but in the end I dyed it chocolate brown, years of use always shows on the armpits of a white shirt no matter how well and often you wash it. :( 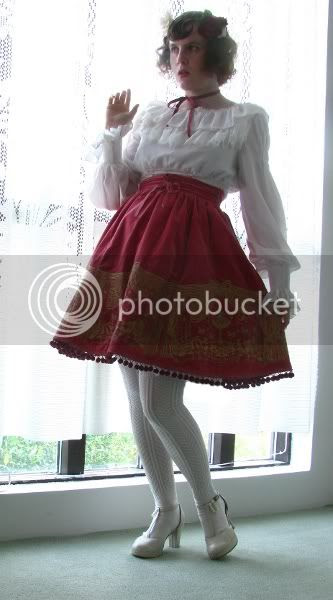 I'm sure this one's unnecessary but I wanted to end this post with something else than a mental image of yellowed armpits. Puppet Circus was my dream print for ages, even after realizing I'd never be small enough or rich enough to get the OP. But seriously, there's just something about gold etched velvet, and not only that but the print on PC does own my heart.

I became the happy owner of this skirt via a friend who knew I loved the skirt a little more than my kidneys and, since she was planning to sell it, offered it first to me. I've let out some serious happy sounds around that time of my life!

Other blogs partaking in this theme: