Lolita Blog Carneval posts are here again! This time the theme is 1 piece, 4 seasons, and instead of just putting together four new coords in accordance I decided to wade through my photo files and find real examples of how the seasons affect dressing up in lolita in Iceland. The summers here are sort of cold but the houses are really warm all around the year, which means that all seasons' coords will be geared for either outdoor coldness or indoor sauna - example #1, two coords for summer and winter, both meant for indoors: 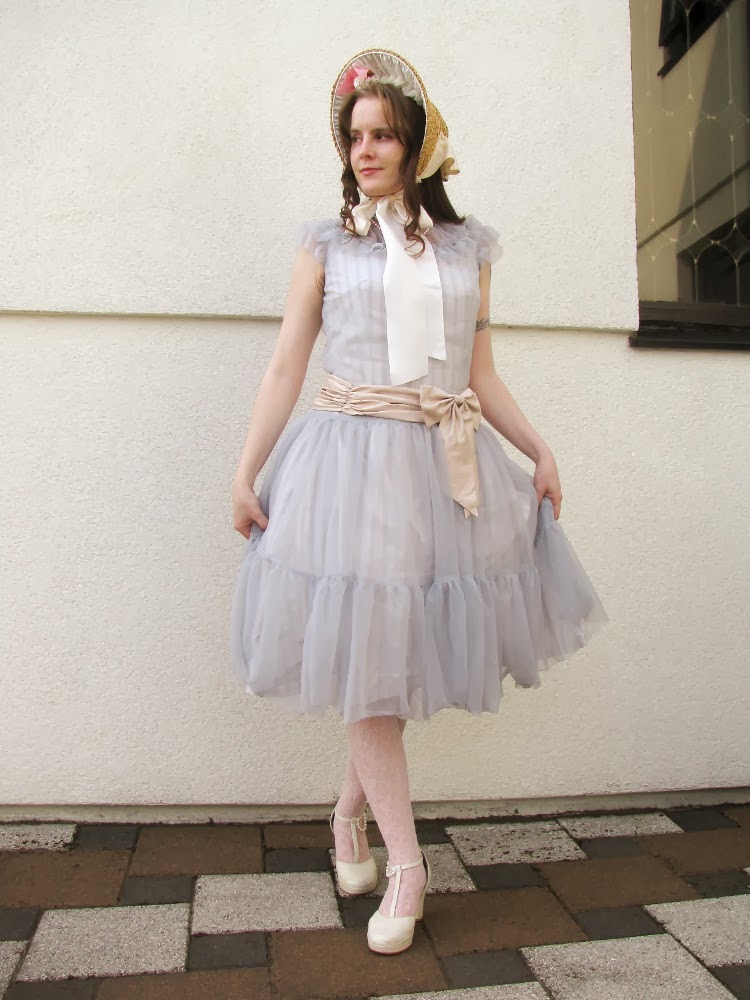 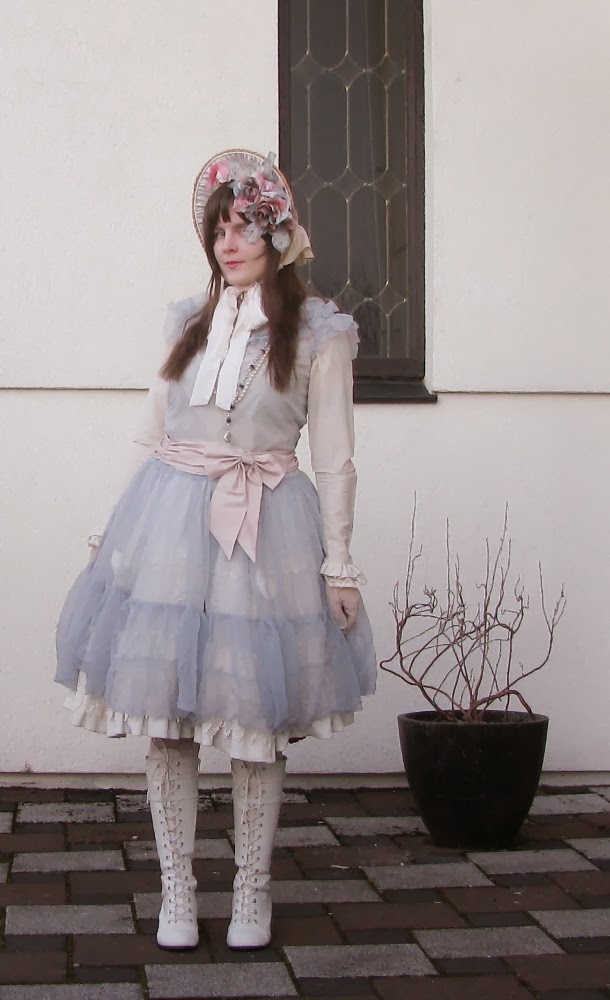 Basically the only thing that changes is the amount of layers and the shoes. For summer I wouldn't even add a blouse necessarily, the upstairs of our house especially gets blazing hot during the summer. Winter, however, isn't cold at all either, which means that everything I'm adding for the winter look is something I would not be able to wear indoors during summer for fear of boiling alive.

But let's get to the main thing. As my one item I chose my R-series long JSK to see how I've coorded it differently according to season.

Let's start out by saying that that long, heavy, corduroy JSK is probably one of the best items I own. Think of going out and don't know what the weather is like? THIS IS THE FRIEND.

Winters here are unpredictable - you'll get anything from mild weather to snow storms to rain. Wool coats are the best thing you can wear because they can handle that all, wool in general is a preferable material. The scarf I'm wearing is hand-knit by the SO's grandmother and being real wool it's nice and warm!

Another fact of interest: Icelanders, like other Nordic people, do not wear shoes indoors unless they're a part of a special outfit (something that's not everyday clothes). In that case you'll bring the indoor shoes with you in a bag and change them in the alcove, but you never, ever just walk in with the shoes you had on outside, at least not without your host's permission. The pumps I have on can not take winter weather, so I assume I still had them on while this photo was taken to test how they looked like for the main outfit, and that I changed them for outdoor shoes before we headed out. 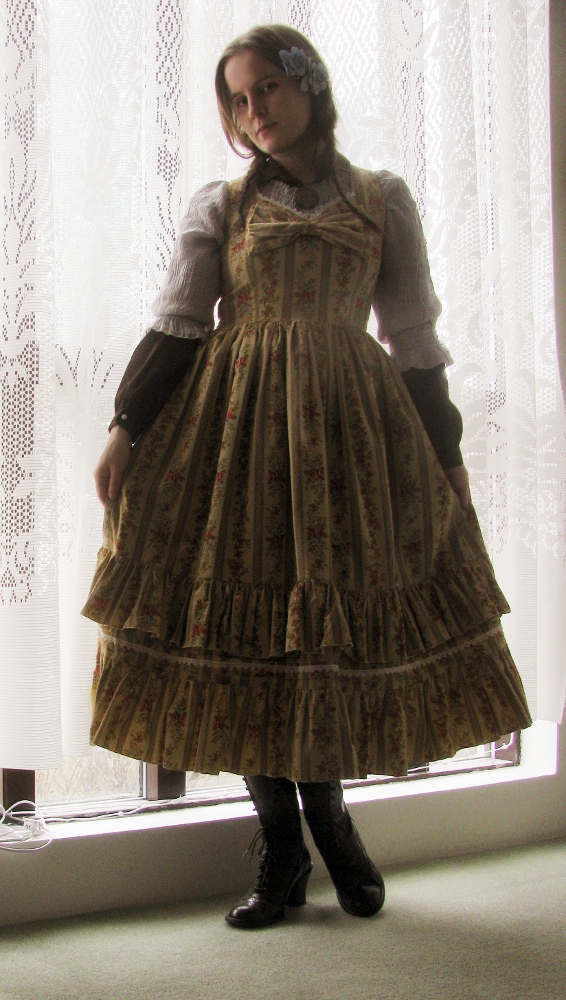 Springs are cold, so layering is a must. I begin wearing more and more light blue around spring as the days grow longer, it's such a bright and airy colour. Light materials make a return for the wardrobe, heavy woolen items get removed to the storage with the exception of some cardigans. Spring tends to be easier by weather prediction - you'll get rain or sunshine, no more snow unless you're unlucky. :D

For outside shoes will have to be waterproof, just in case. You cannot ever trust you know what the weather will be like, the predictions are assumptions at best and it can literally turn from sunny to a rainstorm in five minutes. 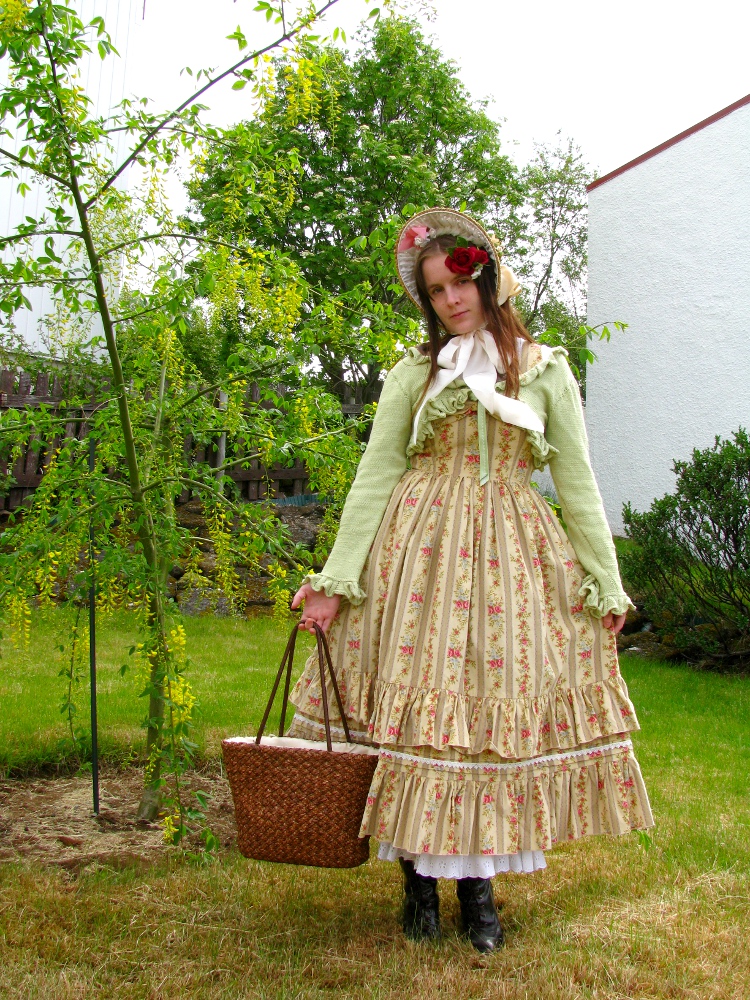 All the light and pastel colours are now in full effect. The layering need not be as much as in the spring and the knits turn to cotton rather than wool, plus I've always felt long white cotton underskirts are really summer-y! Not to mention strawbonnets and basket-like bags are that too.

The area of Reykjavík where I live, Breiðholt, seems like it always gets a weather extreme. If it's snowing in Reykjavík we'll get a blizzard that snows us in. It it's windy downtown our windows are rattling in their frames and the cast iron chairs gets blown across the balcony if you don't tie them down (I'm not kidding, I wish I were)... but when it's sunny we're also the ones that get the warmest slice of it so it's not all bad. :D Therefore if you see me wearing no blouse under a summer coord sometime it's not just cause I'm totally HC, it's cause it's actually warm enough up here on the hill. 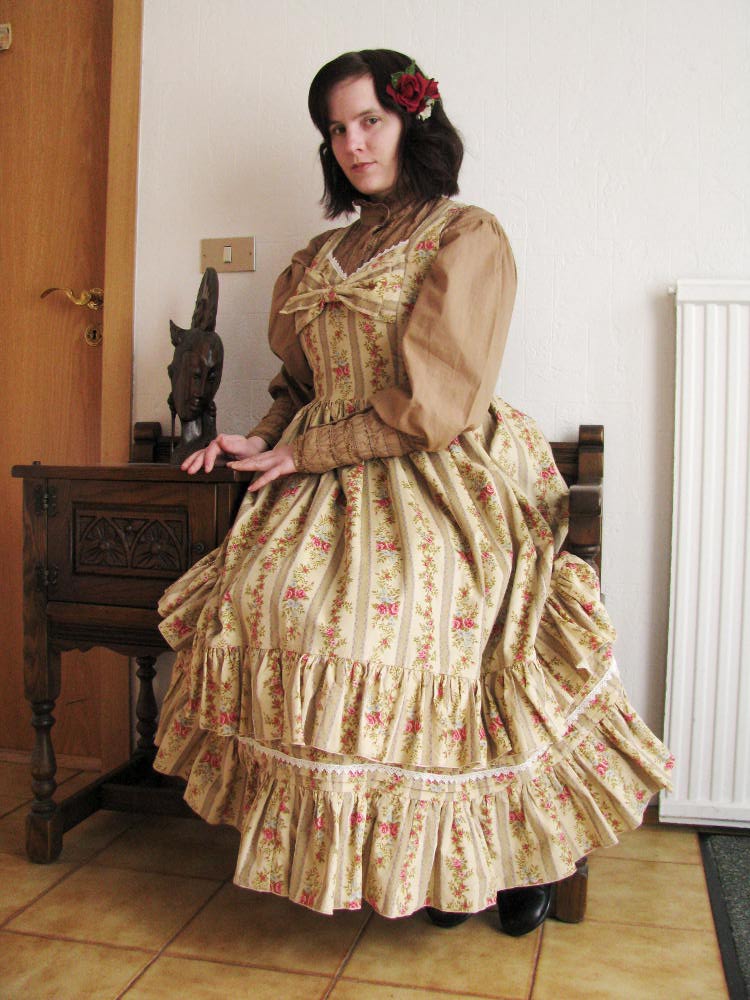 Surprisingly this is a warm-ish season up until the storms arrive around October, so in fact layering is not so important for the first half of the season. When the storms begin it's time to switch to complete winter wardrobe anyway, so autumn is quite short: from the moment the leaves change colour you can begin the storm countdown, and in one-two weeks you're in for the daily walk through a carwash as you exit the house. Enjoy the leaves when they're there, they'll be gone so quickly...

What does change from summer to autumn wear are colours. Summer pastels will retire for the winter and darker shades of reds, yellows and browns come in. I try to wear light clothing for as long as I can, sometimes layering two cardigans to avoid having to wear a coat.

That's all for today! Other blogs partaking in the theme: