When I joined today's LBC theme I made the decision to limit myself a little and build this entry on ideas that could realistically happen. Naturally they'd take a lot of time and effort but they're not indefinitely out of my, or anybody else's, reach. This means that they'll all take place in Iceland too and I kept in mind that they'd be equally pleasant to Icelandic and foreign lolitas.

You will see though that my dream meet-ups do not have any set plan of action. There are two reasons for this: number one, Iceland can be unpredictable so there's always a need to be able to improvise any given moment. Number two, I prefer a large amount of freedom in a meet-up. I like it when there's plenty of time, lots of food and then... just letting the meet-up happen the way it wants to. This might be the reason I absolutely love picnics, you arrive and assemble the foods and the rest is pleasant feeding/frill-bonding/photoshoot time! 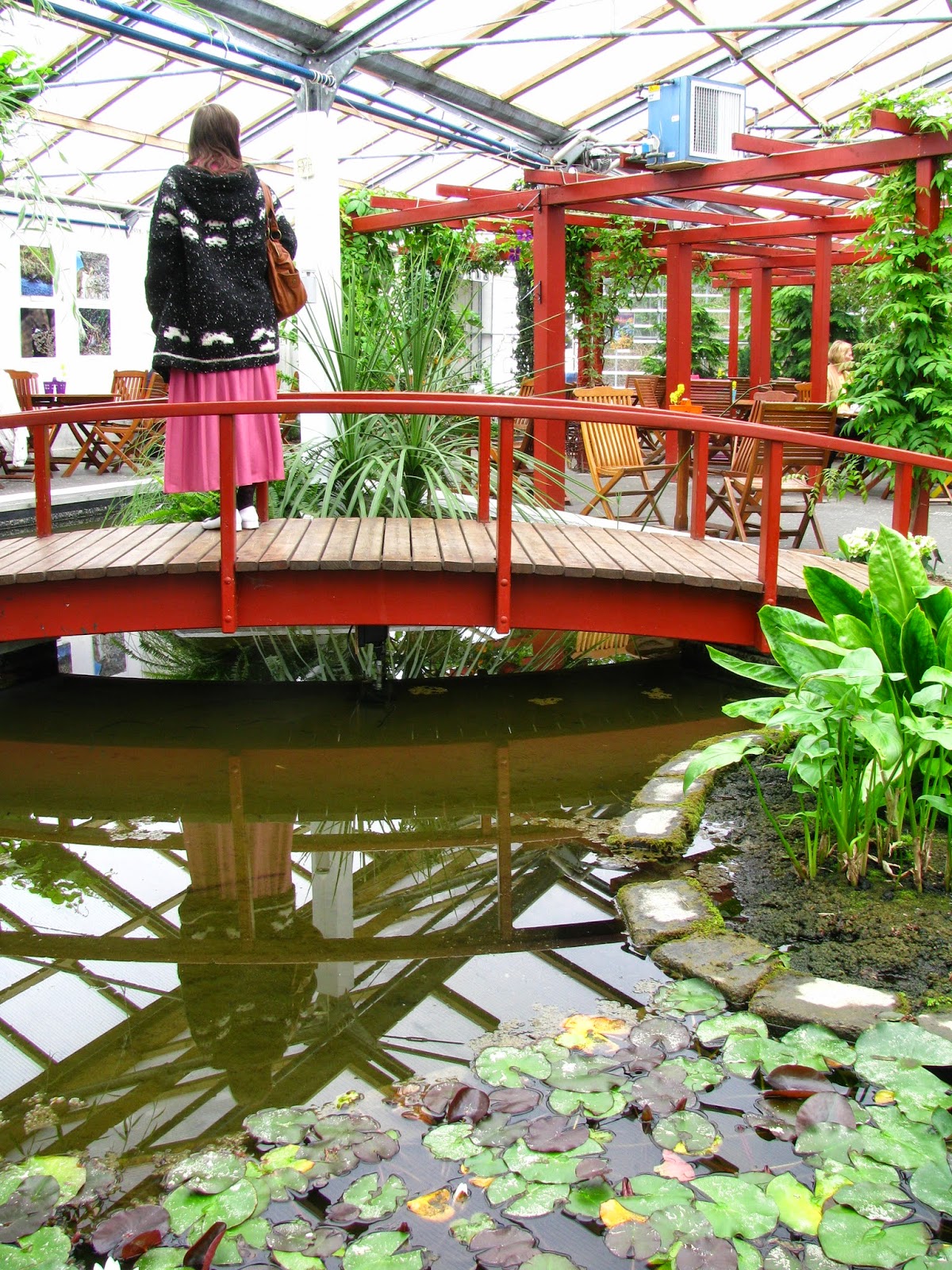 Idea #1: the botanical garden in Reykjavík.

A meet-up in the botanical garden, of course! It's a lovely place and though it's small it only adds up to its charm (besides entry is free). The cafe is a pleasant spot for some coffee/tea and cakes and has even a goldfish pool, there are beautiful photoshoot locations absolutely everywhere. 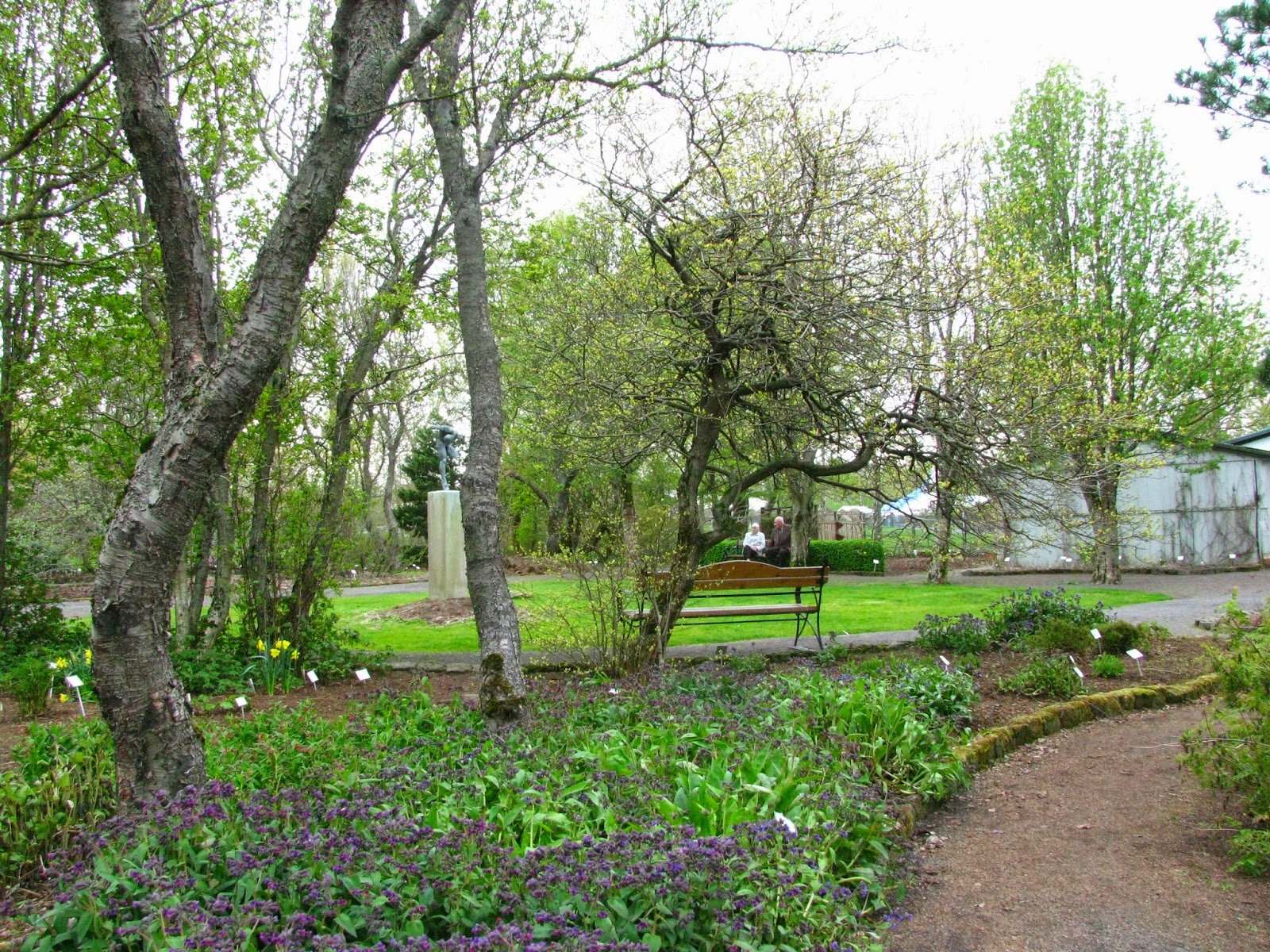 My apologies that the photos were taken on a cloudy day. Regardless, the botanical garden's strong point is just how varying the scenes are within. There's a park-like part, right to the side of this part is small group of trees and little pathways through them - 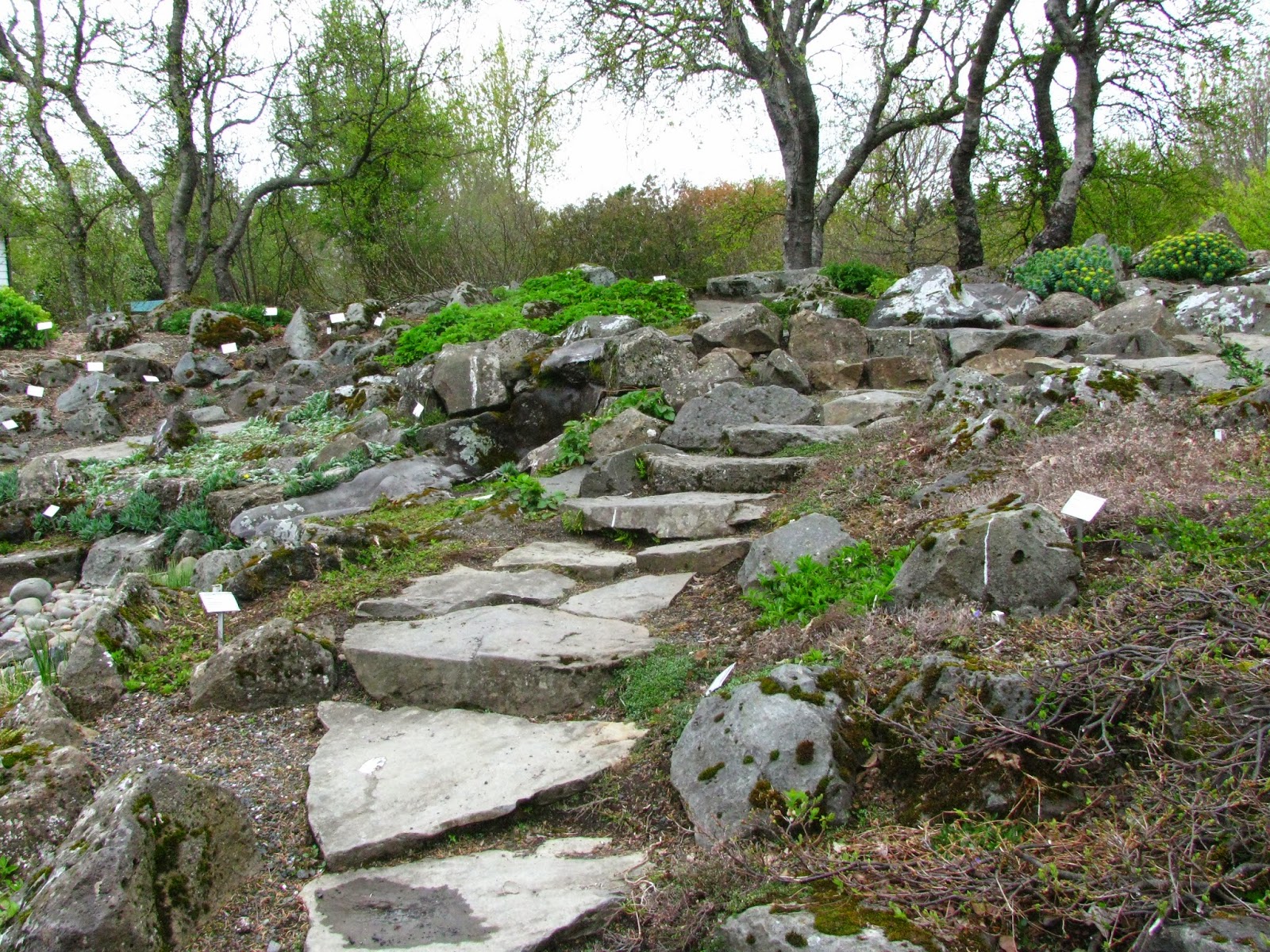 - and suddenly the lush garden turns to this (those small white signs are a bit of a turn off though). Which is located right next to - 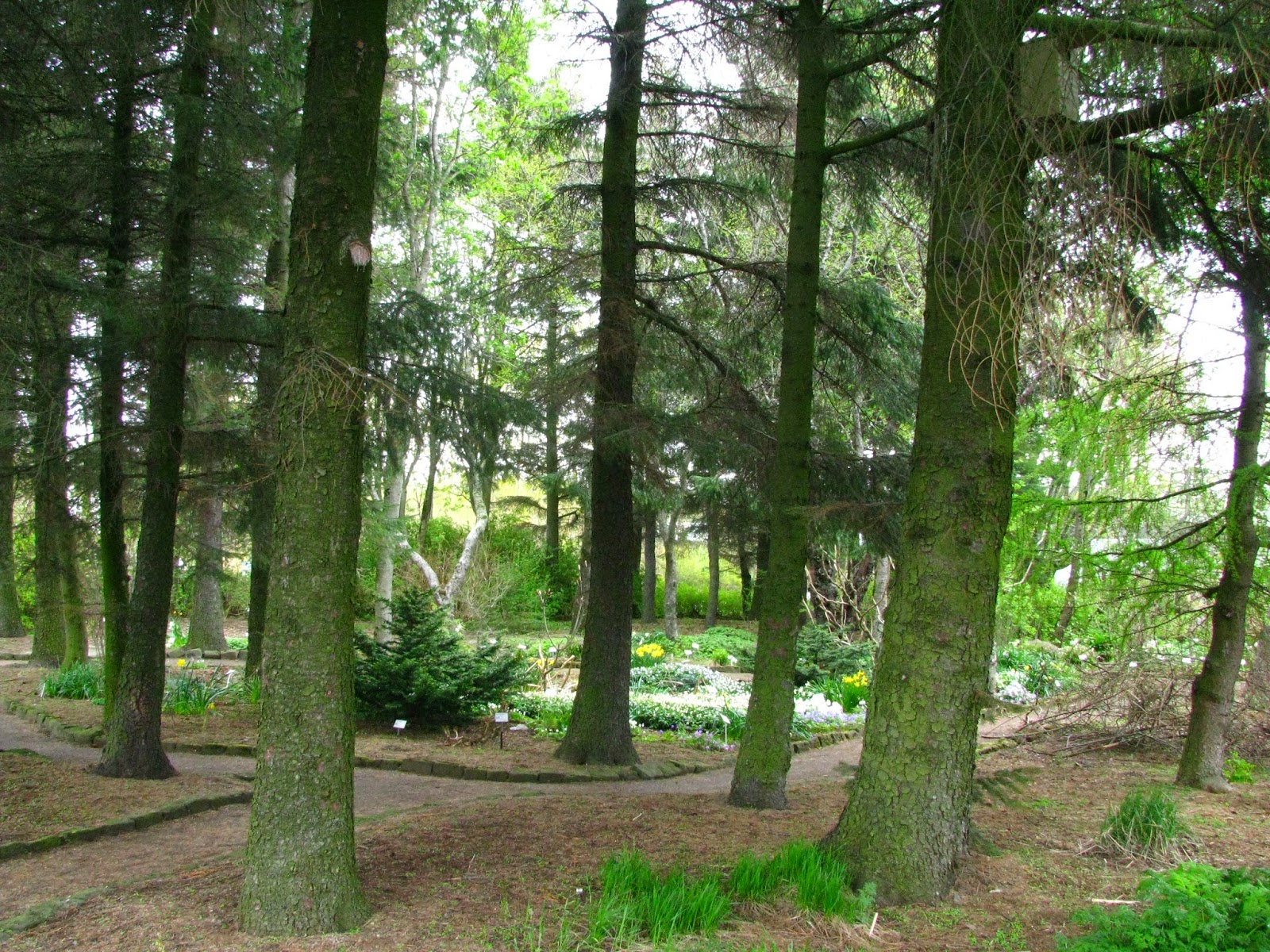 - a small group of evergreens with flower beds in the middle. There are more areas than these but I selected them because they're my favourites. 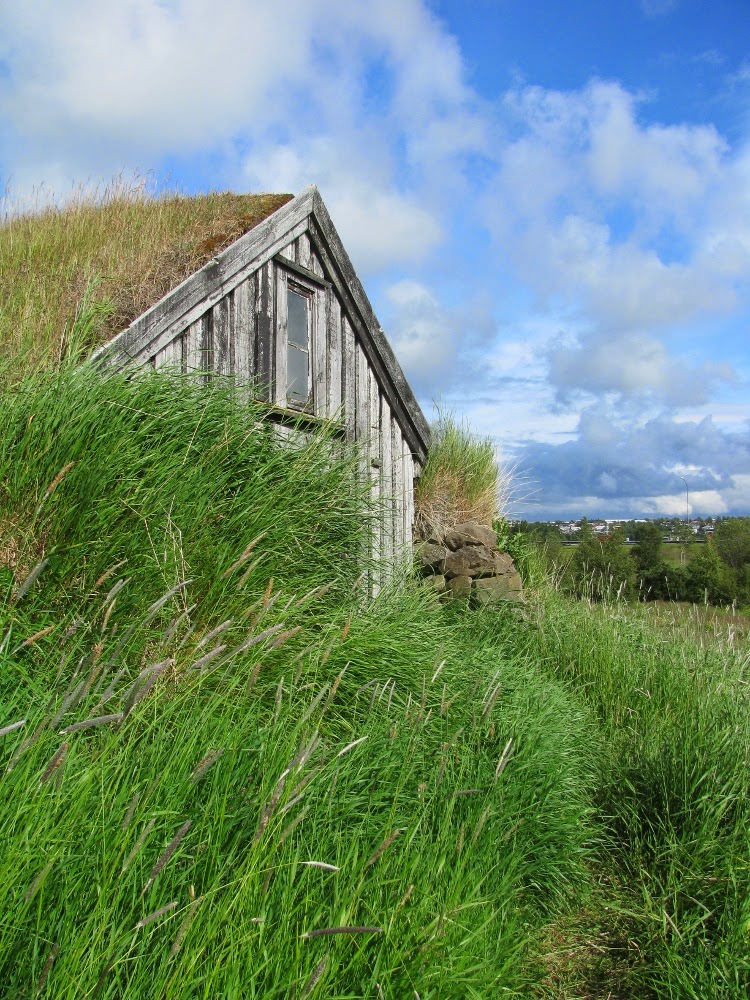 The open air museum Árbæjarsafn with its beautiful, old Icelandic houses hosts large celebrations such as weddings far as I know, so I'm sure that they'd do a meet-up as well. They could also handle a large amount of guests at the same time which is a rarity in Iceland. The only downside to this would be that it'll always cost somewhat - be it a small meet-up with no space rental (entrance fee) or a large one (rental fee). 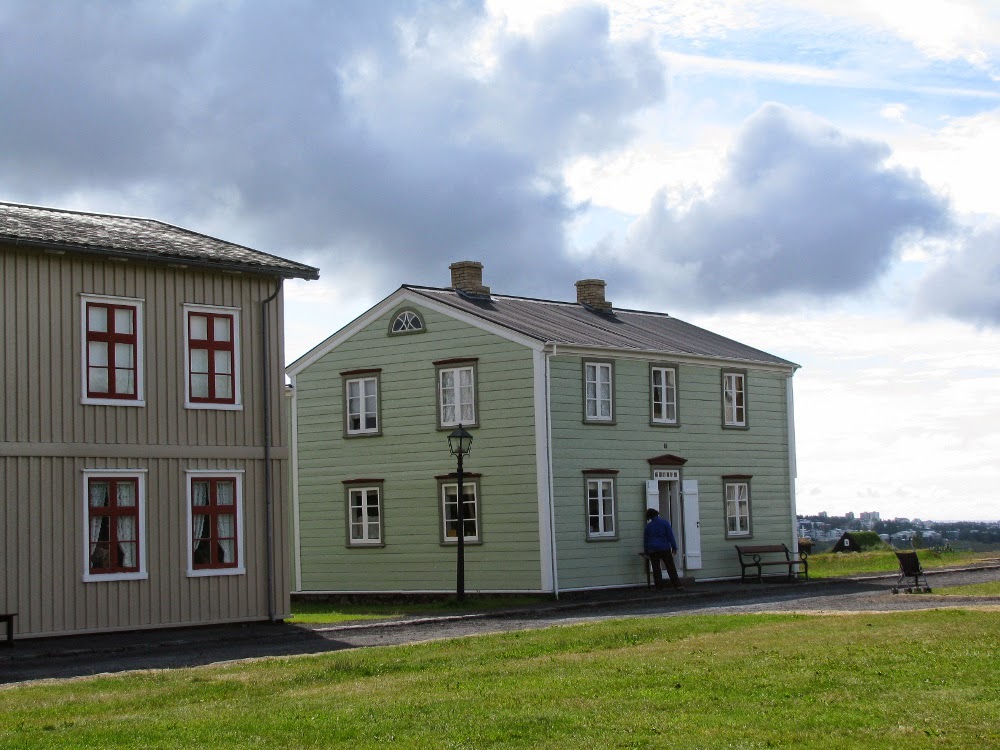 The museum is technically a collection of old Icelandic houses from various time periods so there's definitely something for everyone. Not all the exhibitions are available to just walk in, but many of the houses still offer wonderful scenes. 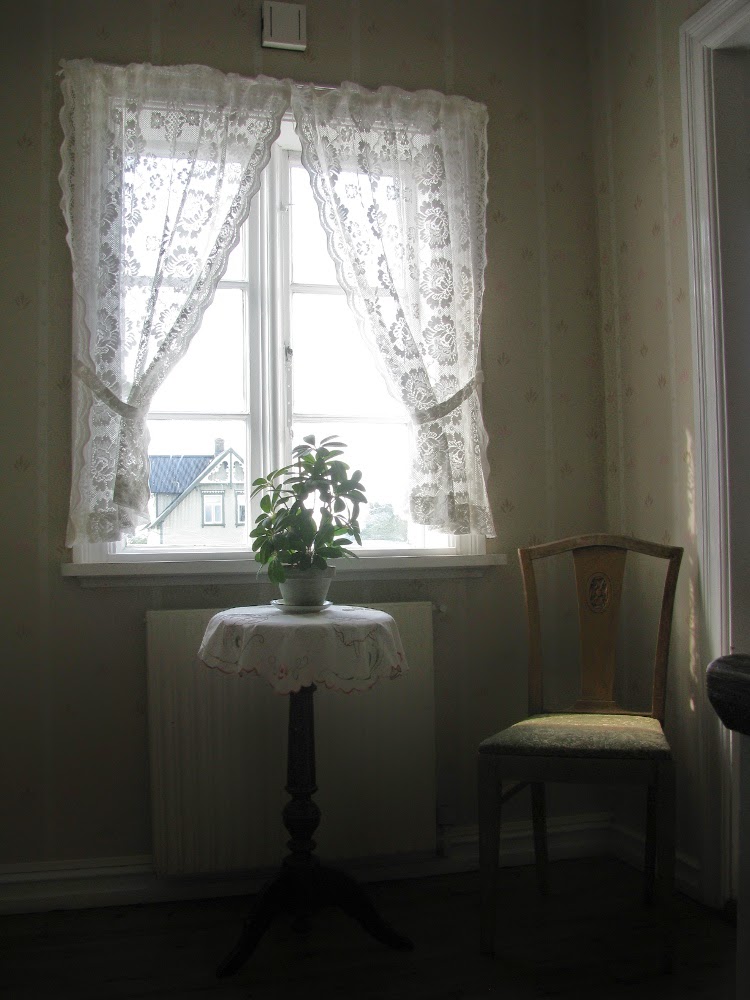 Besides you can walk in many of the rooms. Just touching's a no-no. :D There's wealthy families' wood houses... 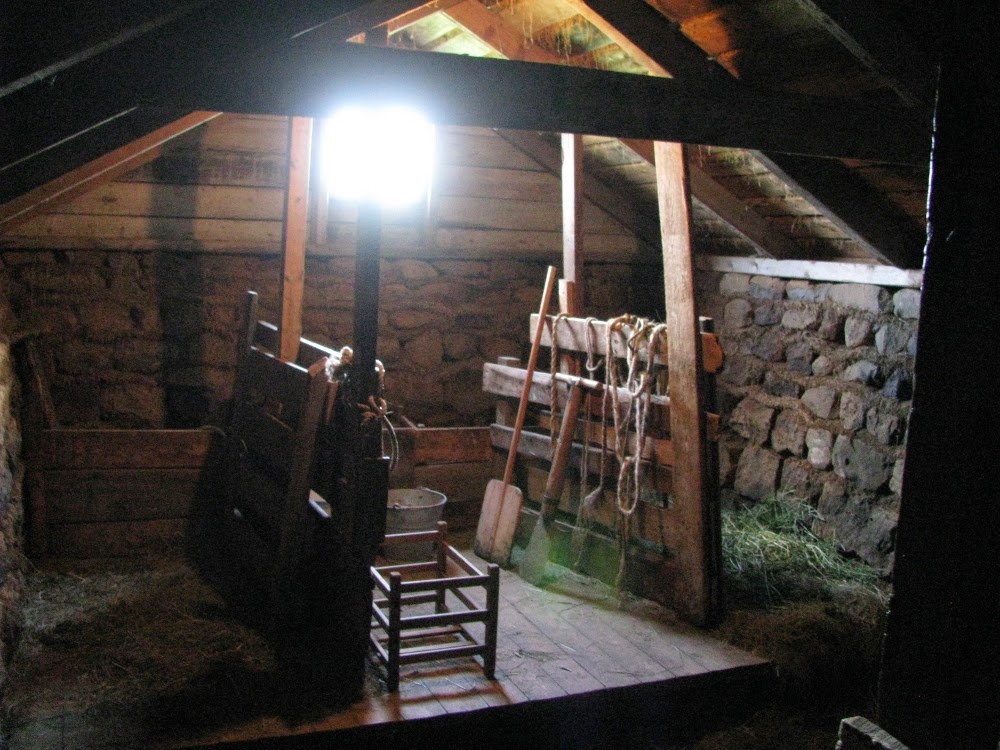 ...turf houses (this is a stable connected to the main house by a corridor)... 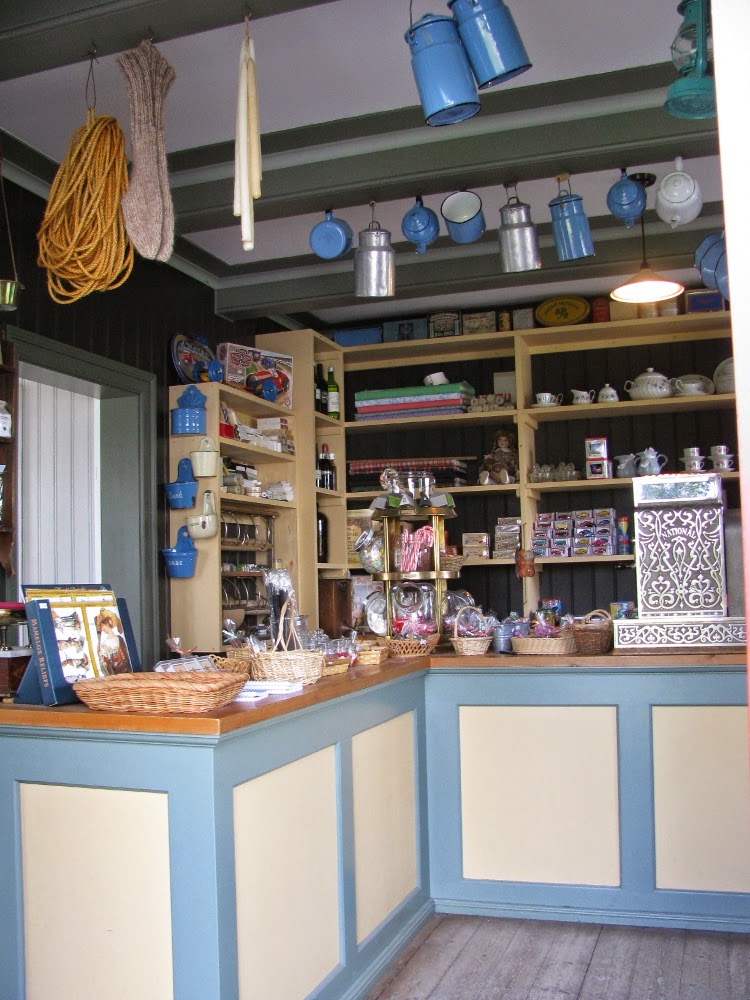 ...and of course my favourite place, the store that sells f.ex. traditional Icelandic sugar candy. :3 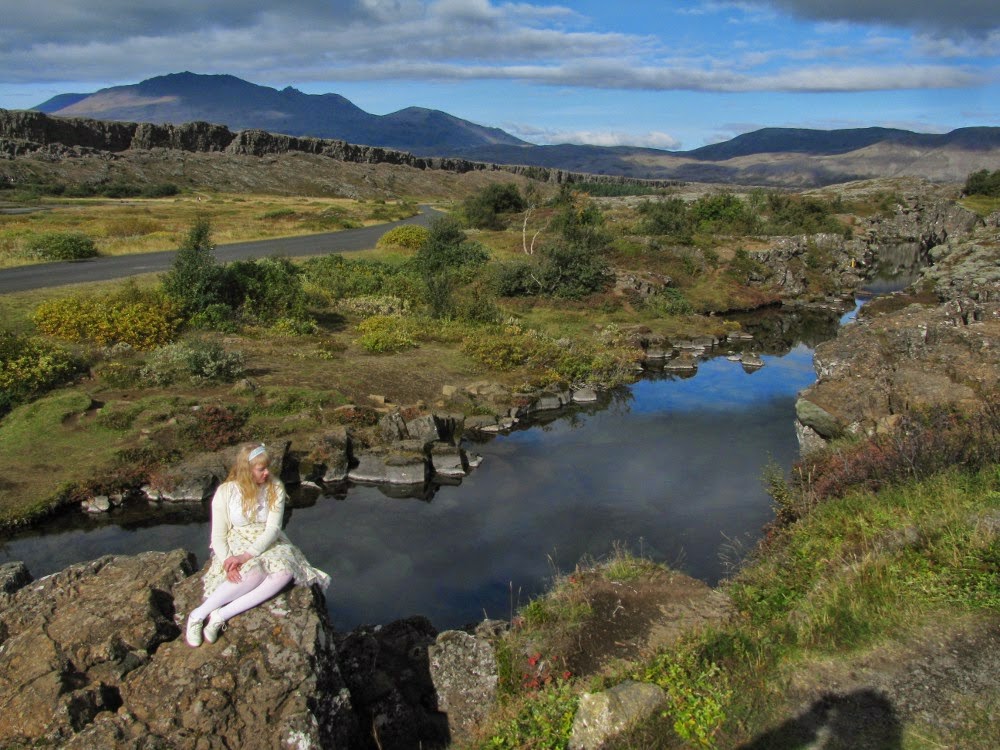 Lolita road trip. Lolita road trip! Load up a few jeeps with lolitas, foods and clothes and do a 1-5 days drive to the natural wonders of Iceland. Staying overnight at motels would cost some money though and there's the price of gas, so the length of the trip would define the price of it. But hey, a photoshoot at Dimmuborgir anyone? Any of the gazillion-or-so waterfalls? To rock formations of the south coast? Puffin cliffs (I know everyone loves this one)? Flatey?

The awesome part of this is that many of these sites are well within a day's drive so it could totally be done. The not-so-awesome part is the driving necessary and that the more-than-likely wind will toss any hairdo to oblivion. On another thought though the wind also makes for amazing photos with billowing going on everywhere (remember to wear bloomers)... 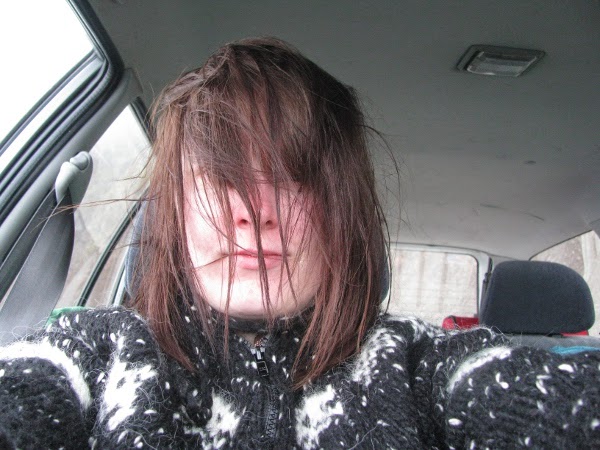 Here's an example of five minutes outside in the wind -hair. 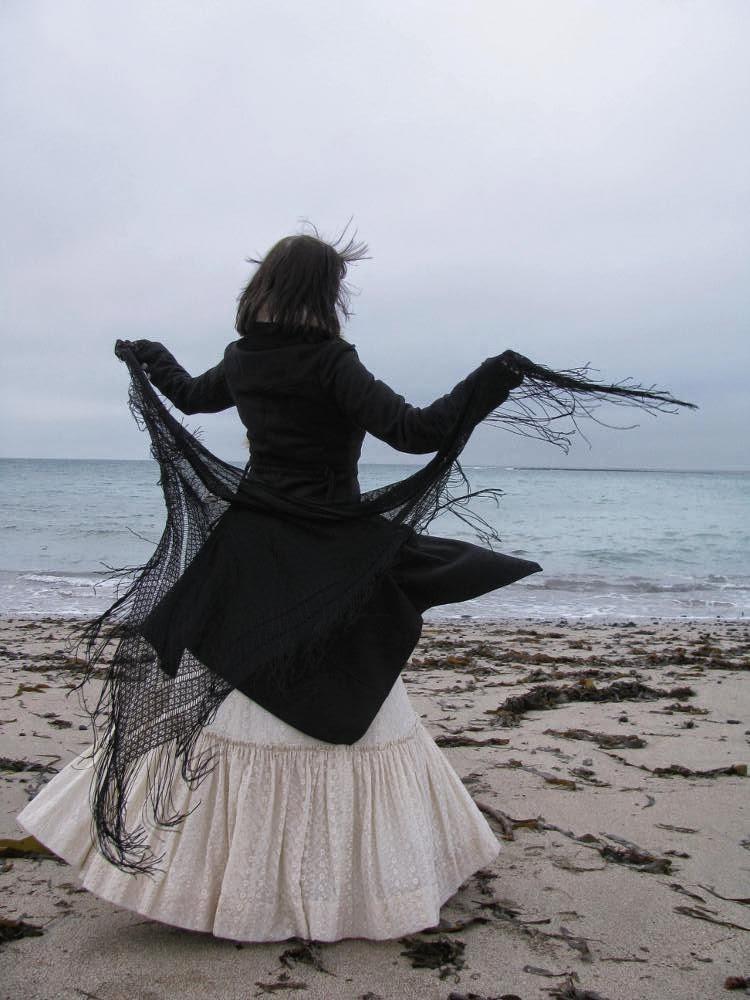 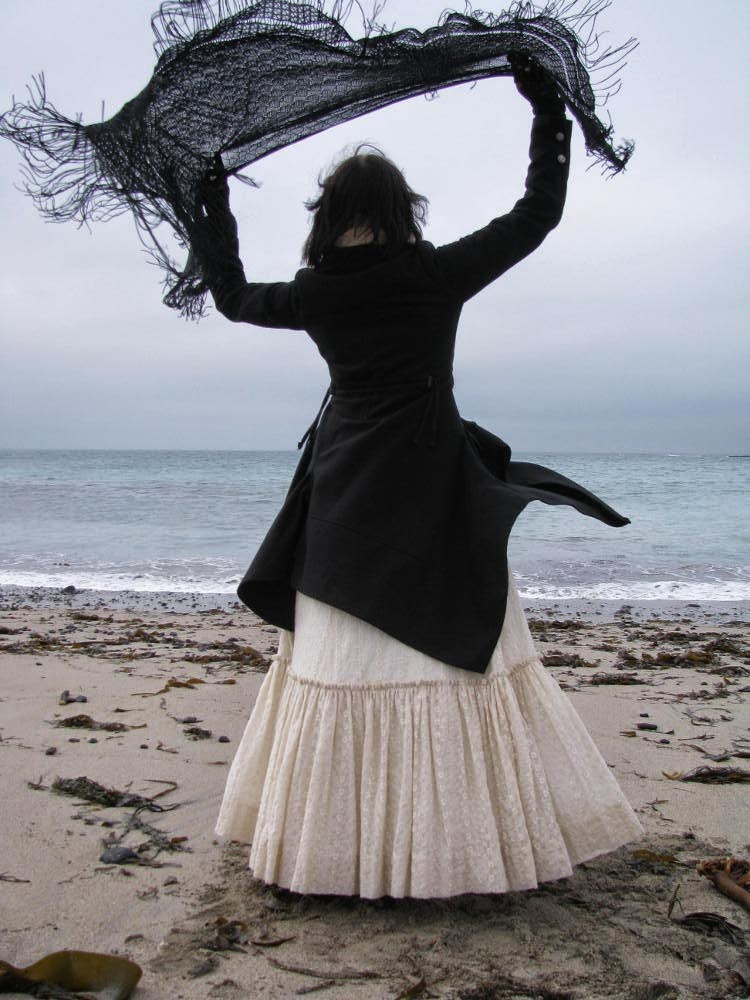 But! Here are two examples of how epic the wind can make you look! 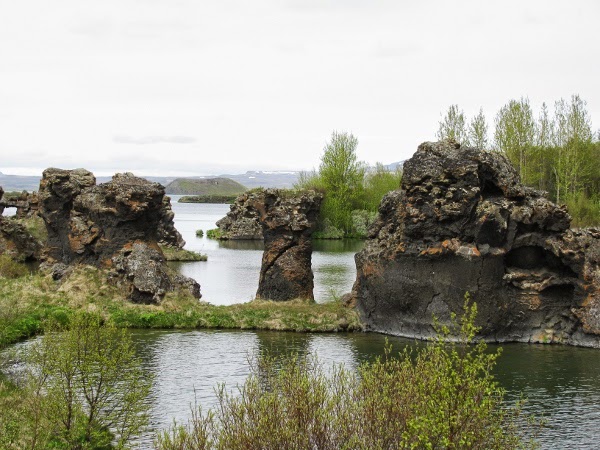 Mývatn: if starting from the capital city this one would need minimum two days, preferably three. One to drive there, one for photos in the various awesome locations all around this lake, and one for returning to Reykjavík. However, prepare your frilly butts for the insects... Mý means a midge in Icelandic and the lake is thus named for a reason (EW FUKKEN EW). 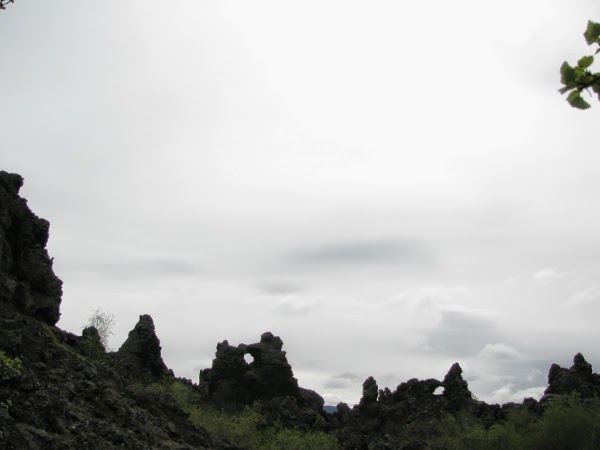 Thankfully the midge problem is more of a lake-side matter. You won't really see them at Dimmuborgir (= Dark City). The scenes may look a bit, eh, rocky but there are well-kept walkways all around the area. There's also a more demanding walk route to the most amazing areas but the only thing you'll need is good walking shoes. I walked the route in a long skirt and had no trouble. 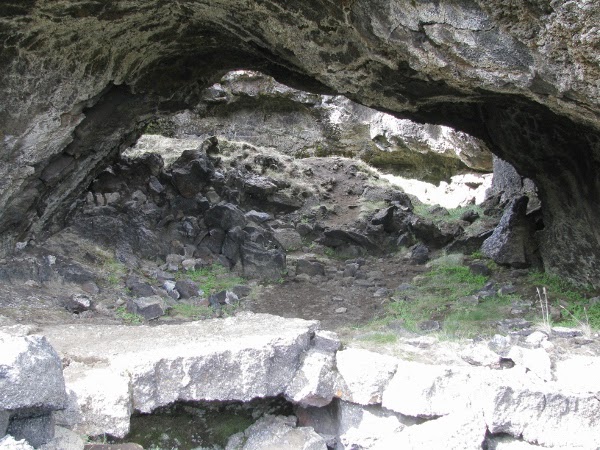 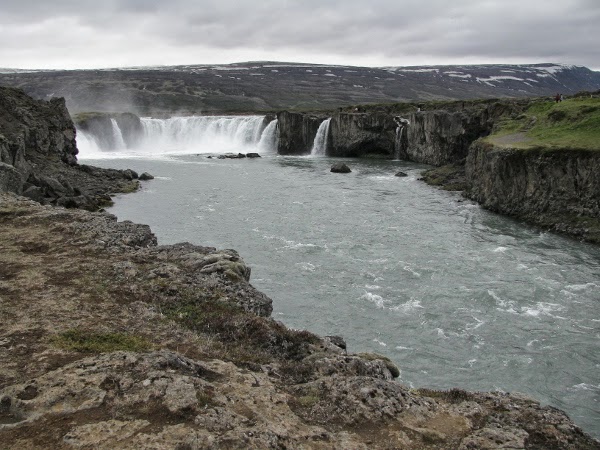 Talking about waterfalls there's several beautiful ones along the way to Mývatn, most including an easy walking route. Góðafoss takes maybe 5-10 min walking, easily accessible. 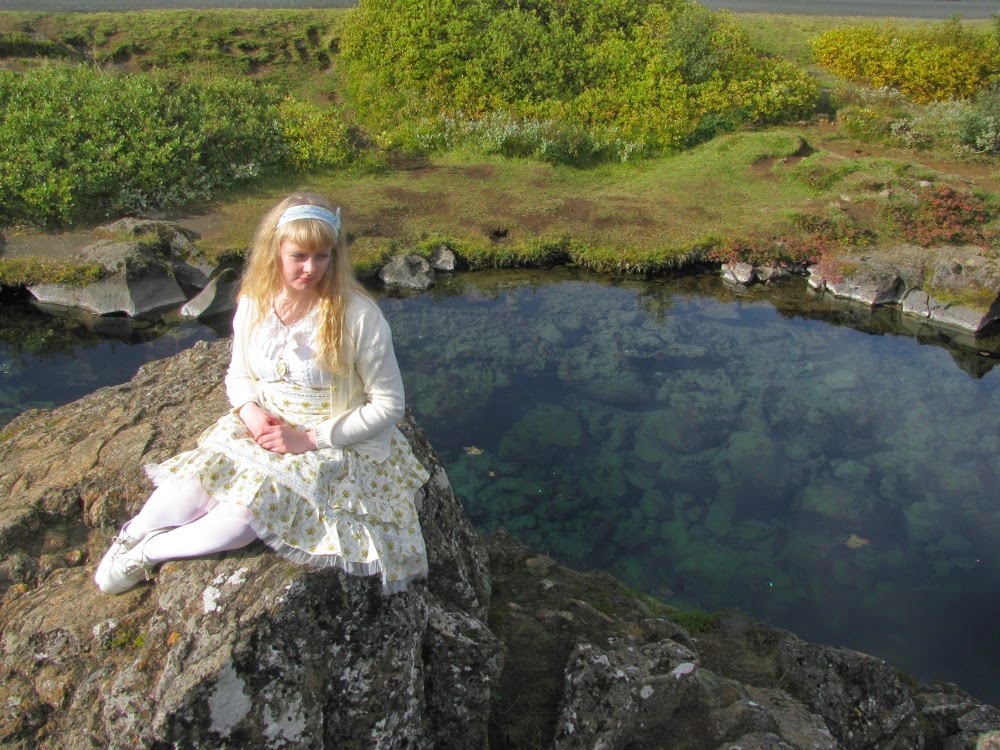 But there's not even a need to drive that far for amazing scenes. Þingvellir, the same place as in the title photo of the roadtrip idea, is within a few hour's drive. Easily accessible, loads of awesome locations. 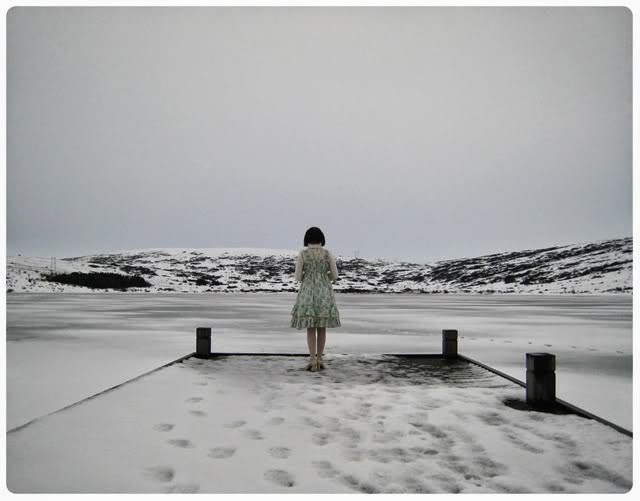 Another location that's very near the capital city. Not sure of the place though - Þorsmörk? 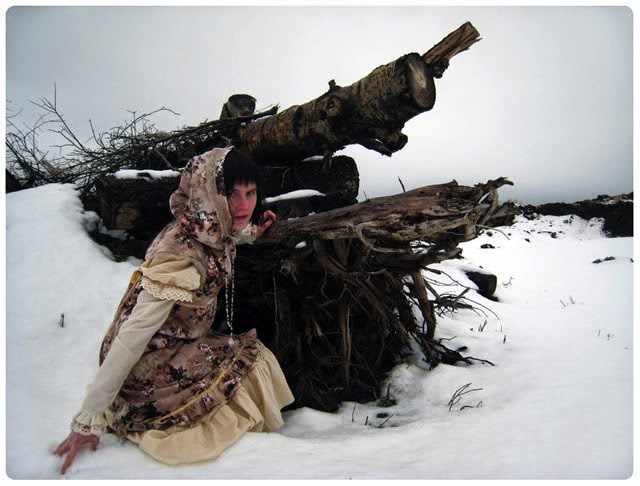 Here we're even closer to Reykjavík! :D You'd never believe the kind of scenes you can find here. 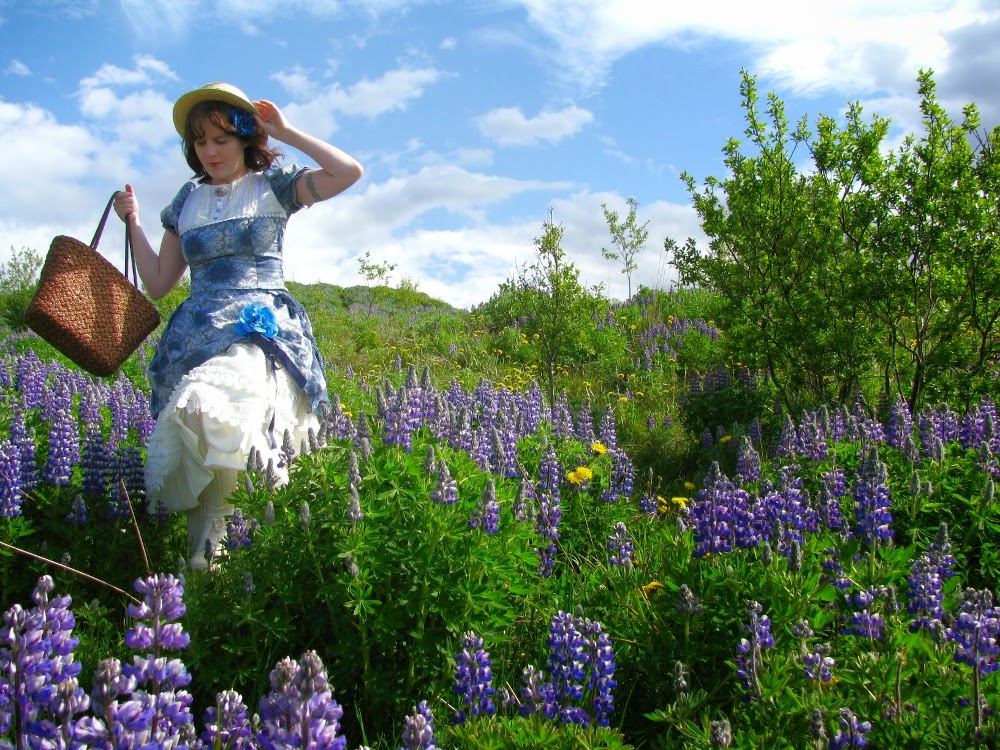 Annnnd Elliðarárdalur, which is IN the city. Located right next to Breiðholt! Breiðholt the blog warmly recommends the lupin fields and the riverside. :3

Other blogs partaking in this theme: